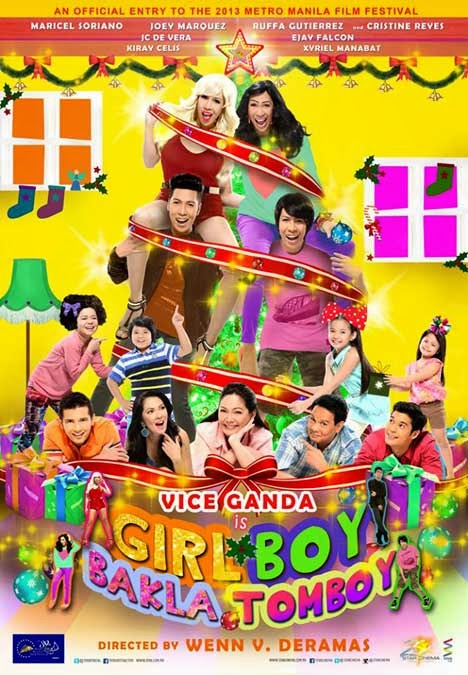 The comedy film is about a story of quadruplet siblings with different gender preferences and sexual orientations, all played by Vice Ganda.


“Girl Boy Bakla Tomboy” is set for a nationwide release on Christmas day, December 25, 2013, in time for the opening of this year’s Metro Manila Film Festival.