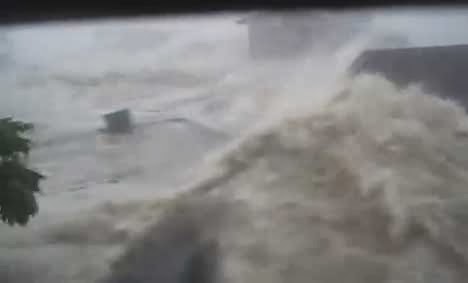 Nickson Gensis, who works for Plan Philippines, took the video that caught the fury of Typhoon Haiyan (Yolanda), the strongest storm to hit the country this year.

“We took refuge on the top floor of a boarding house,” Gensis explained in the viral video taken November 8 at Hernani, Eastern Samar. “The five others were praying and I was filming.”


Based on its bulletin as of 6pm Monday, November 18, the National Disaster Risk Reduction and Management Council (NDRRMC) said 3,976 persons were reported dead and 1,602 are still missing.