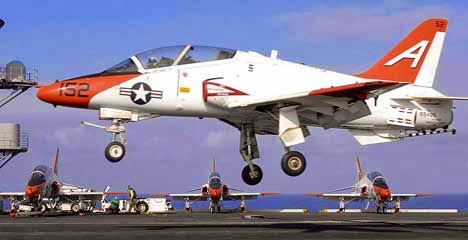 According to online reports, the aircraft used for training failed to land safely at the end of the runway in Pensacola, Florida.

The cause of the erroneous landing that resulted to the crash is being investigated.

Those aboard the jet, a two-seater T-45C Goshawk, are being treated at a local medical facility and both stable, says Navy spokewoman Lt. Lauryn Dempsey.

The names of the pilots involved in the Navy jet crash have not been released as of yet.