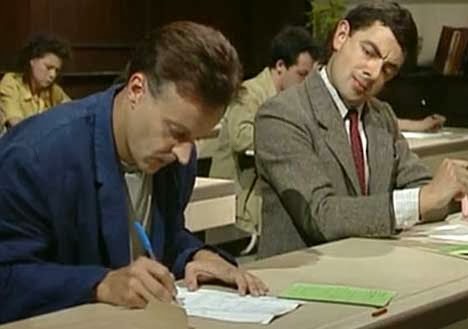 Be informed of this new policy. Read the following press release from NAPOLCOM, which was made available online through the Philippine Information Agency (PIA):

The National Police Commission has issued Memorandum Circular No. 2013-007 prescribing stiffer sanctions on all forms of cheating in the Philippine National Police (PNP) entrance and promotional examinations.

NAPOLCOM Vice-Chairman and Executive Officer Eduardo U. Escueta said the new memorandum will maintain the integrity and sanctity of the NAPOLCOM examinations.

“The Commission approved the new memorandum circular which imposes stiffer sanctions on all cases of cheating and other anomalous acts relative to the conduct of the police examinations,” said Escueta.

The NAPOLCOM en banc headed by DILG Secretary and NAPOLCOM Chairman Mar Roxas approved the new memorandum circular which amended Memorandum Circular No. 2000-007. This is to strengthen the sanctions in cases of cheating, collusion, misrepresentation, substitution or any anomalous acts in connection with the nationwide conduct of police examinations.

Escueta added that it has also been noted that there are individuals who use fake NAPOLCOM police eligibility, which is also a form of cheating, in their entry into the police service.

“To deter examinees from committing any form of cheating, civilian examinees shall now be permanently barred from taking the PNP entrance examination instead of just barring them from taking the said exam for a period of three (3) years,” Escueta added.

The new MC also states that individuals who are found to have used fake NAPOLCOM eligibility for their entry into the police service shall likewise be permanently barred from taking the NAPOLCOM examinations.

Likewise, proctors, examiners, supervisors and other officials and persons who shall be found to have been involved in such anomalous acts shall be criminally or administratively held liable in accordance with law and the Civil Service rules and regulations.

“The Commission approved the stiffer sanctions on examination cheating to put an end to the blatant disregard of examination rules and regulations since it is a stark manifestation of dishonesty which is deviant from the vision of the PNP to transform its organization into a highly capable, effective and credible police organization,” Escueta explained.