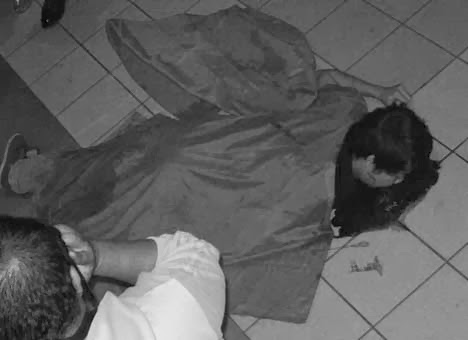 SunStar reports an unnamed witness told investigators that the 21-year-old victim jumped off from the escalator near the 3rd floor of Gaisano Mall for no reason.

McRorenz, who took Bachelor of Science in Business Administration at XU, sustained bone fractures, a broken neck, and damaged head after falling to the ground floor.

Police reportedly ruled out foul play after Scene of the Crime Operatives (SoCO) found no traces that Mc Rorenz was pushed or intentionally hurt by somebody.

In an interview aired on a local television news program, the victim’s cousin said Mc Rorenz might have jumped to his death because the subjects he was supposed to take this semester were closed.

While authorities are trying to determine the real motive why McRorenz took his own life, there are speculations that the victim got broken-hearted after his girlfriend allegedly left him for someone else.

Also, a report on daily paper Brigada News said the mother, Rosa Laborte, blamed Mc Rorenz’ acquaintances for sending her son unpleasant text messages before he died. Relatives reportedly recalled that McRorenz was acting strangely hours prior to his death.

The photo of suicide victim Mc Rorenz Laborte went viral on Facebook over the weekend, garnering over a thousand shares on the social networking site.