Senator Jinggoy Estrada arrested in US for smuggling money? 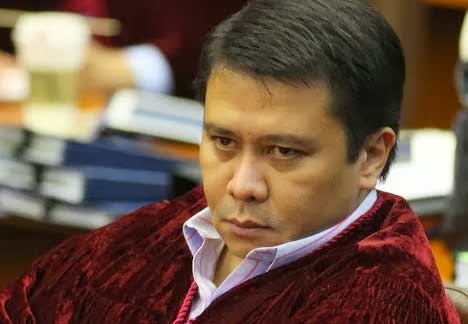 Satirical news site So, What’s News published a fake story Monday that Estrada was “arrested and detained” by San Francisco International Airport officials “after the lawmaker tried to get past customs while in possession of huge amounts of money.”

The peso bills amounting to millions were allegedly hidden inside the senator’s chest.

“Upon closer inspection with the help of a scalpel, they discovered bundles of money hidden inside Estrada’s ‘muscles’ and skin, that the senator was trying to bring in to the country,” the site wrote.

While it’s true that Estrada left for the states last Saturday (November 2) to seek a second opinion regarding his wife’s medical condition, the arrest was hoax.

“My staff just called me at 5:00 am to inform me that there is an article circulating in Facebook that I have been arrested in the US for bringing in huge amount of US$. That is absolutely NOT TRUE,” Estrada reportedly texted local media from the US Monday night.

“I’ve been seen by a number of Filipinos, and [they] were happy to see me and even took pics of me. That story is incredible to say the least,” Estrada added.

In spite of the nature of the site, many Filipinos fell to the fake report that circulated on social media.