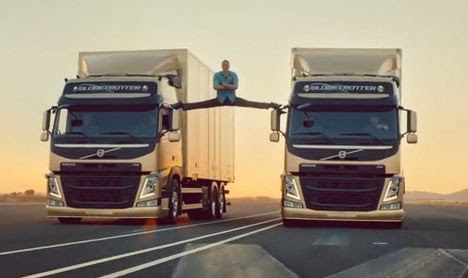 In the video titled ‘The Epic Split’, Van Damme performed one of the most amazing stunts in his entire career. The famous action star splits between between two moving Volvo FM trucks while the vehicles are running in reverse.

With a foot on each side mirror, Jean-Claude Van Damme holds his position for the entire length of the drive. The ad says the test demonstrates the stability and precision of Volvo Dynamic Steering.

The following viral video, which features Van Damme’s “The Epic Split” for Volvo trucks, was shot at a deserted airfield in Spain.