By Admin
November 19, 2013Bagyong YolandachristmasDavao CitylocalMayor Dutertenewstop
Mayor Rodrigo Duterte has ordered the cancellation of Christmas parties in all offices at the Davao City hall, an ANC News report says. 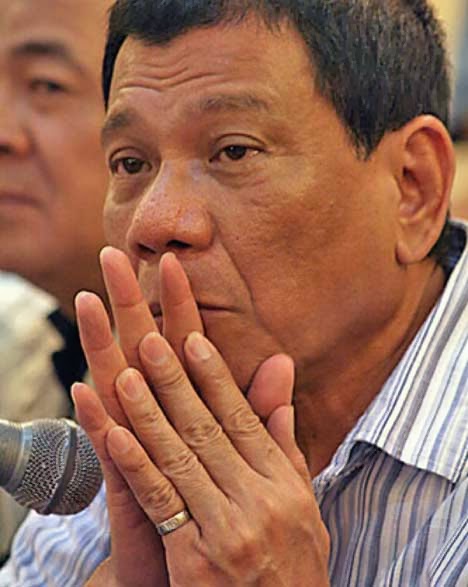 According to the report aired Tuesday, November 19, 2013, Duterte told workers under his administration to rather spend time to help and comfort survivors of Super Typhoon Yolanda.

Over the weekend, people from calamity-hit areas in Visayas started to arrive in Davao City, the report says.

Earlier, the Duterte-led local government unit sent relief goods as aid to surviving victims of the strongest typhoon in the country’s history.

It’s not the first time that Duterte discouraged the holding of Christmas parties in Davao City hall offices. He has done it last year at the wake of Typhoon Pablo, which caused numerous deaths and destruction of properties in Compostela Valley and Davao Oriental provinces in Mindanao.

In his local television program, the then vice mayor Duterte said he won’t accept Christmas gifts from friends and constituents. Instead, he urged them to donate whatever they can to those in need.

Do you appreciate the idea that Duterte cancelled Christmas parties at Davao City hall?