Video of children on a drinking spree goes viral again

By Admin
November 25, 2013childrendrinking spreeDSWDfacebookglobalnewstopViral Video
The video of several children on a drinking spree has gone viral again less than a year after it became a trending topic in the internet. 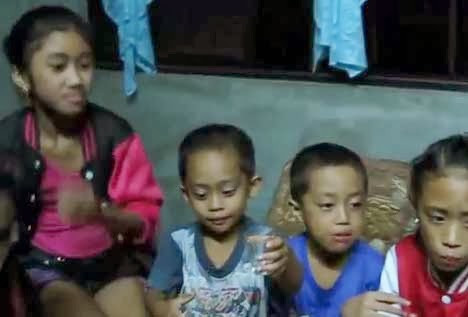 A bunch of kids were caught on camera having a drinking session. It was on January 25 this year that the video was shared on Facebook. It went viral after users of the social networking site tried to get the attention of media and Department of Social Welfare and Development.

Last week, netizens revisited the source of the viral video, titled “Mga Batang Nag-iinuman Attention DSWD.” It has garnered 922 likes and 26,155 shares as of this posting.


Many Facebook users slammed the parents for allowing the minors to consume an alcoholic drink. What they didn’t know (yet) is that the DSWD had already taken action to address the problem.

Citing secretary Dinky Soliman, a post on the DSWD website says the parents of the kids caught in the video on a drinking spree “will undergo the seminar on parent effectiveness once a month for six months to enhance their knowledge, skills, and attitudes in parenting.”

It also says an “unidentified telephone caller” gave DSWD the address of the house where the Christmas party took place. Social workers paid the responsible adults a “home visit” in Calamba, Laguna on January 26.

According to the report, the DSWD investigation “revealed that a day prior to the incident on December 25, 2012, the children already expressed their plan to drink liquor but their parents did not permit them. Upon the insistence of the children, the parents finally allowed them.”

The “children confided” during an interview by a social worker “that they contributed to buy the liquor,” the post stated. The parent who took the video “admitted that she uploaded it in her Facebook account not knowing that somebody may access it.”

On January 28, the local DSWD office reportedly provided counselling sessions to the eleven children involved together with their parents and guardians. They were also required to attend a seminar on online safety.

The store owner was strictly warned not to allow children to buy liquor or face sanctions, the report said.