While Mayor Duterte received kind words from netizens, VP Binay is being criticized. Why?

You can clearly spot the difference between their packed relief goods. 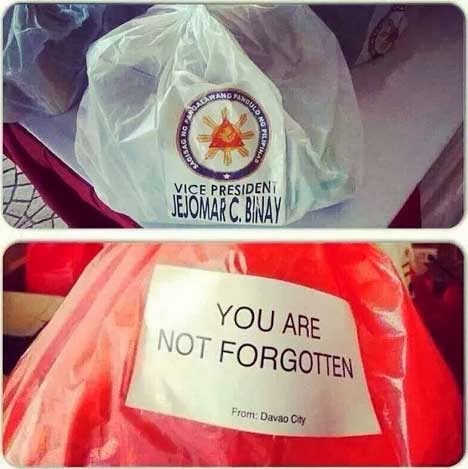 The photo, posted last Saturday by Facebook user Rocriz Lee, has been liked and shared thousands of times already and it’s going viral on the social networking site.