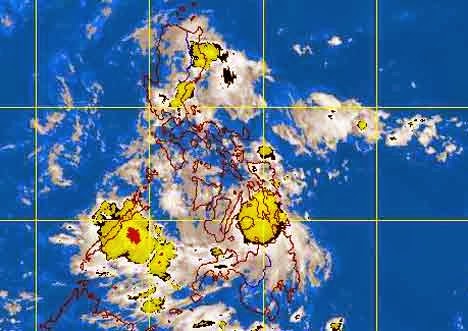 At 11am Monday, November 4, the eye of TD Wilma was spotted at 75 kilometers North Northeast of Hinatuan, Surigao Del Sur with maximum sustained winds of 55 kilometers per hour near the center. It is forecast to move West at 19 kph.

The areas placed under a public storm warning signal, according to PAGASA, are the following:

Signal No. 1
(30-60 kph winds may be expected in at least 36 hours)
In its latest weather bulletin, state forecasters say the estimated rainfall amount is from 10 to 25 millimeters per hour (heavy to intense) within the 300-km diameter of Bagyong Wilma.