Aquino has animosity toward Tacloban mayor? What netizens think

The post is so popular the website quickly zoomed up the rankings in less than 24 hours. So what is it all about?

It cites several sources of information regarding issues surrounding the two chief executives amid the crisis in Tacloban, a city heavily battered by Super Typhoon Yolanda, before explaining why the president and the mayor are allegedly not in good terms.

Aquino, the article says, “seemingly bent on putting all the blame” to Romualdez, who in a media interview “complained about what he described as insufficient aid from the national government.”

The root cause of Romualdez and Aquino’s misunderstanding, apparently, is politics.

Aquino’s administration, the post explains further, attempted to unseat Romualdez during the election, but was unsuccessful as the president’s bet lost.

Now, is it safe to say that if the mayor isn’t Romualdez, aid for Tacloban would have been immediate? Netizens have these to say:

Samantha: “You posted this in a journalistic site. I find this highly irresponsible since you yourself mentioned that you are basing it on a report whose authorship you do not even know. When I try to click the link or type up the website you based your report on, it gives a message 503 Service Unavailable. So, you have made a highly speculative accusation without doing any real research. I think it is common sense that not everything on the internet is accurate. Anyone can post anything, and there are many people who post things based on speculation or are using misinformation to serve their own agendas. To come up with such an article without doing your research and backing up with credible sources. This thus appears to be irresponsible journalism but a piece of propaganda.

I am not claiming that what that alleged report is saying is not true. But there lies the problem, we have no clue do we? And you do not offer anything else to support your allegations. So, if I follow your example, I can come up with a post claiming that you are a paid hack by an opposing political party to do a demolition job against the administration – based on what? speculation.

By the way, I am not happy at all with the way the government handled the relief operations. Not at all! But to try to do propaganda at this time against the government based on data from an unverified source is reprehensible considering you are supposed to be a journalist.”

Nashingun: “Mark Madrona, Your sources are bogus. Your article only stands for the other side of the coin. But if you’d look closely at what has happened, Mr. Romualdez failed to do his part. He left his town be caught by surprise! Pnoy even said “DO NOT UNDERESTIMATE” the storm. He even gave warnings on STORM SURGE. Yet Mr. Romualdez even took the time to stay in his mansion beside the seashore! It’s like inviting disaster to shallow him! And look what he got! Now he is acting as if he is the victim of politics? Is he mad? I even saw an article in Yahoo news about him standing infront of a typhoon without a ship! He is actually trying to use the situation to boost his political career, not the other way around. And where is Pnoy now? He just went around Visayas visiting ground zeros! But where is Mr. Romualdez? Why didn’t he manage to gather his people to drive a bulldozer or some heavy lifters that I believe cannot be destroyed by the typhoon? Do you think BULLDOZERS were also swept to the sea? NO! But where is he? Why did he failed to give support to Pnoys effort to bring in relief? And now he’s the one throwing a mud on the President? This is a sickening joke!”

Read the rest of the comments

“Aquino’s animosity toward Tacloban mayor hampering relief efforts?” is a well-written article, the reason why it’s getting so much attention now. The article brought up an issue that sparked an online debate, a very interesting discussion, that netizens should participate.

It is worthy to note though that the author did not know that President Aquino, according to Malacañang, met with Mayor Romualdez and other local officials in Tacloban on Sunday, November 17, “to discuss alternative measures to fasten relief operations and rehabilitation efforts in Tacloban and other key cities of Leyte.”

Here are photos of said meeting which are also found on the government website pcoo.gov.ph: 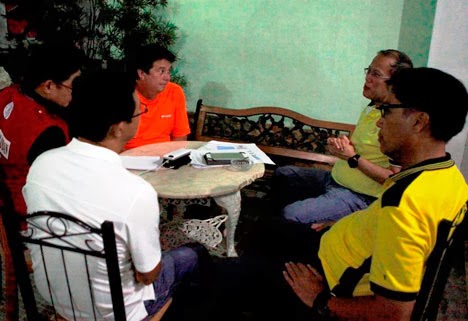 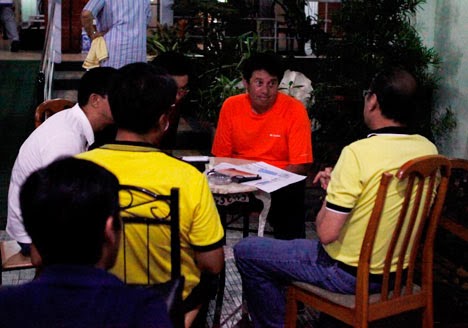