Anne Curtis: 'Too much Photoshop' on Metro mag cover

By Admin
November 03, 2013Anne CurtislocalMetro MagazinenewsPhotoshoptop
Anne Curtis reportedly agreed to fans that Metro applied “too much Photoshop” on her cover photo for the magazine’s November 2013 issue. 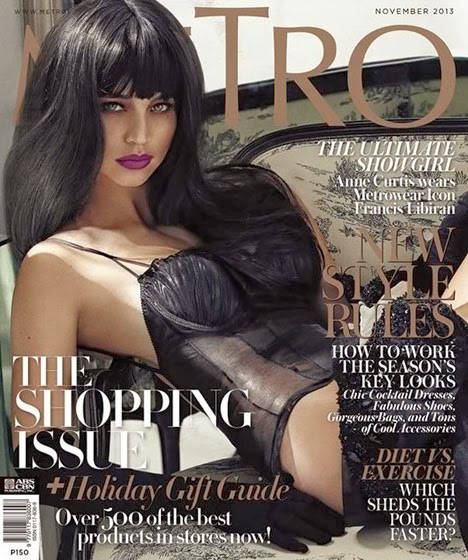 In the picture, the Kapamilya star wears a black see-through lingerie. Her long hair with bangs is highlighted.

According to critics, Anne’s face, eyes, and nose were overly retouched through the image-editing software. Some even said the actress looks like an animated cat on the cover photo because of the contact lens and unbelievably smooth skin of her face.

The “Showtime” host apparently agreed to comments of her followers on Instagram, saying “I think they did the final editing [with] too much photoshop.”

Earlier on its Facebook page, Metro told likers to watch out for the “Princess of All Media Anne Curtis like you’ve never seen her before.” The magazine has not reacted to criticisms yet.