By Admin
October 31, 2013Bagyong VintanewsPAGASAtoptyphoonweather update
Bagyong Vinta, a typhoon, has maintained its strength and is now off the coast of Ilocos Norte, state weather bureau PAGASA reports. 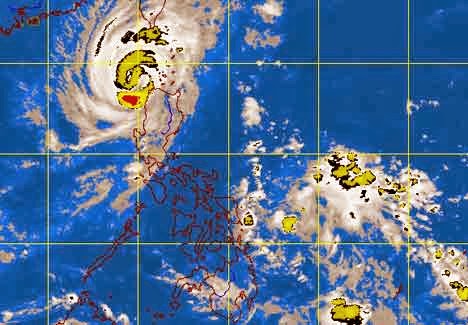 As of 5am on Friday, November 1, 2013, the eye of Typhoon Vinta was spotted at 70 kilometers North Northwest of Laoag City with maximum sustained winds of 130 kilometers per hour near the center and gustiness of up to 160 kph.

It is forecast to move West Northwest at 22 kph.

The areas having public storm warning signals, PAGASA says, are the following:

Sea travel is risky over the seaboards of Northern Luzon and over the western seaboard of Central Luzon, PAGASA added.