By Admin
October 31, 2013Bagyong VintalocalnewsPAGASAtropical stormweather update
TS Vinta has intensified as it continues to move closer to Cagayan Province. At 5:00 a.m. on Thursday, October 31, its eye was spotted at 370 kilometers East of Tuguegarao City with maximum sustained winds of 105 kilometers per hour near the center and gustiness of up to 135 kph. 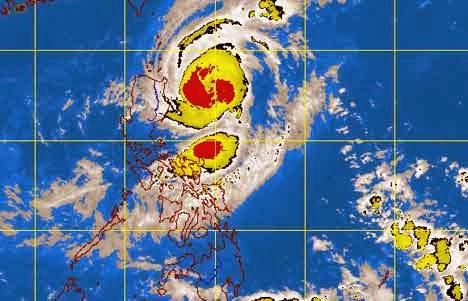 It is forecast to move West at 26 kph.

The areas having public storm warning signals, according to PAGASA, are the following:

State weather forecasters said the estimated rainfall amount is from 5.0 to 15.0 millimeters per hour (moderate to heavy) within the 500-km diameter of TS Vinta.

Sea travel is risky over the northern and eastern seaboards of Luzon, PAGASA added.