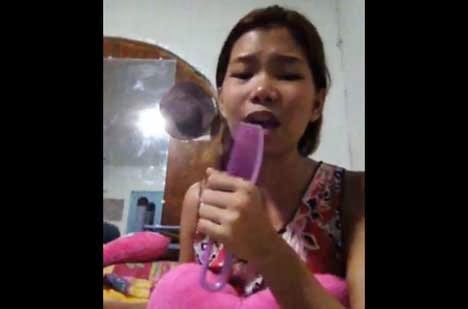 Katrina, who is a member of The X Factor Philippines’ all-girl group AKA Jam, earned the alias for utilizing a hair comb as her imaginary microphone while singing “Dangerously In Love.”


In a text message to ABS-CBN News, Katrina said she uploaded the selfie video in 2012 before she joined the talent search, and did not expect it would go viral after over a year.

She expressed gratitude to fans and those who watched her video on YouTube.

Due to its popularity, some internet users have called on famous American television host Ellen DeGeneres to feature the “Suklay Diva” on her show.

“The Ellen Show” is known to have opened the door to several Filipino singers and internet sensations including Charice Pempengco, Zendee Rose Tenerefe, Maria Aragon, and Aldrich Lloyd Talonding to become globally popular.