By Admin
October 10, 2013basketballglobalHouston RocketsIndiana Pacerslive broadcastlive feedNBAsportstopvideo
The Houston Rockets vs Indiana Pacers pre-season game will telecast live from the MOA Arena in the Philippines. Is there a live stream? 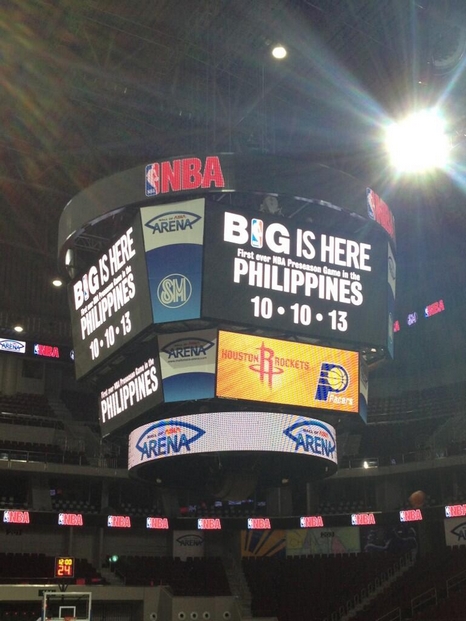 Studio 23 will broadcast the match on cable television and its free UHF channel live at 7:30 p.m. on Thursday, October 10.

Basketball enthusiasts and fans of said NBA teams from outside the country must search online for websites offering a live video feed from Studio 23 to be able to watch the historic game between the two franchises.

Philippines, which “has the most number of NBA fans outside of the United States on Twitter and Facebook,” is very lucky to have been chosen as among the countries in Asia hosting an NBA Global Game.

The Indiana Pacers vs Houston Rockets live is a must see.