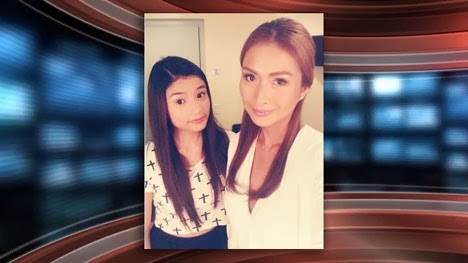 In a tell-all interview aired on the showbiz talk show over the weekend, the 33-year-old Kapamilya talent admitted that her child, Kim Nichole, was born out of wedlock.

Phoemela’s daughter thought all along that she is her aunt and her late grandmother was her mom. The teenager never had a chance to meet her father.

Phoemela explained she kept everything a secret to protect her career. She uncovered the truth to her daughter two years ago, to the public only now.

“I’m breaking my silence because I owe it to Kim, to our relatives and our friends. Dalaga na siya,” the model-actress and television host said.

For her part, Kim said she bears no ill feelings towards her real mom.


The identity of the father, who was described in various reports as “very passive,” was not disclosed. Apparently, Phoemela Baranda’s daughter isn’t interested to know him anymore.