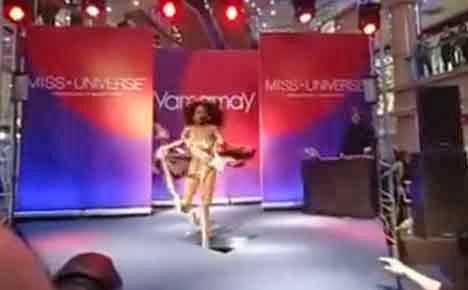 Reyes was walking on the narrow runway when she fell in a triangular hole placed at the center of the stage. It was not clear whether or not she was injured.


Netizens slammed the show’s organizers for putting a hole, which was risky for the Miss Universe 2013 candidates.