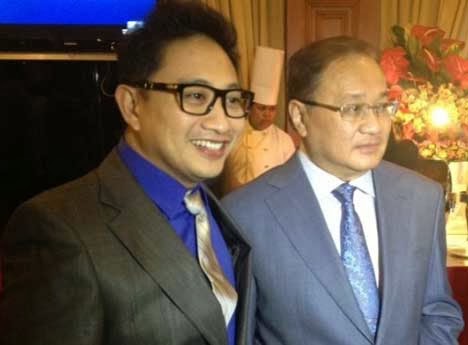 In a press release, TV5 says it is giving the thrilling Karaoke challenge, which is a big hit in several countries including the US, UK, Russia, Argentina, Brazil, and Mexico, a “Pinoy twist.” The show is set to premiere on November 16.

As host of the show, Michael V is a perfect fit because of his versatility, comic ingenuity, and hosting skills.

“Bitoy’s comic ingenuity has popularized a number of hilarious characters through various shows and movies he has done and are still doing to this day. He is undeniably one of the most versatile actors and impersonators of this generation,” the network stated. “Further, he has also made his mark in the music industry where he also excelled as a rapper, singer, and composer.”

The comedian worked for TV5 (then ABC 5) eighteen years ago as a pioneer of the famous gag show “Tropang Trumpo.” His return to the Kapatid network, observers believe, is a great loss to GMA-7.