By Admin
October 17, 2013cyberbullyingearthquakefacebooklocalMhaine HerreranewstopVisayas
Facebook user Mhaine Herrera earned the ire of netizens for her offensive remarks on Facebook against earthquake victims in the Visayas.

Herrera’s status at 8:44 a.m. Tuesday, just 32 minutes after the killer quake struck Bohol, Cebu and other parts of the region, show that she was complaining about her timeline being flooded with news feeds about the tremor. 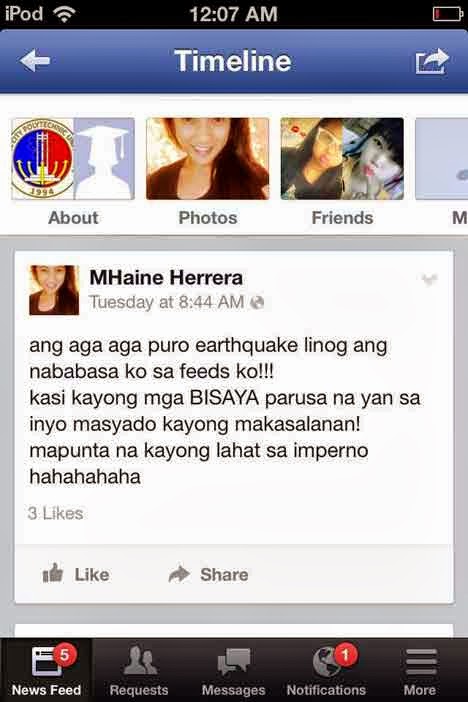 Herrera apparently deactivated her original profile, but created a new Facebook page on Thursday, October 17, where she called Visayans ill-bred.

“MGA VISAYA MGA WALANG MODO,” was her comment, which irritated netizens even more.

It seems social networking sites are being abused by some for their personal agenda. What do you think is the reason why Mhaine Herrera is doing it?