During her guesting on GMA’s weekend musical and variety show “Sunday All Stars” on October 13, the actress-turned beauty queen was noticed wearing exactly the same gown the Kapuso star wore at her concert at the Music Museum last May. 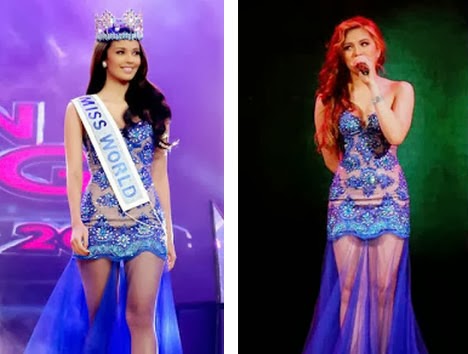 People say “imitation is the greatest form of flattery” and some say there’s nothing wrong with it.

However, netizens on social networking sites and other online fora commented that if it’s the world’s most beautiful woman who’s doing it, the news becomes big.

Megan’s camp has yet to speak about the issue.