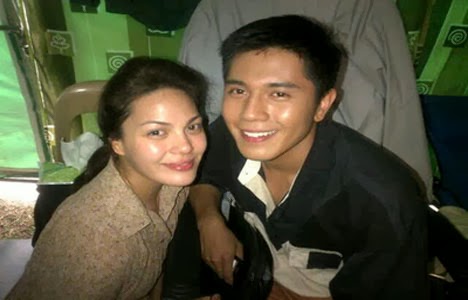 “Yes, they went out once,” the Megastar said Wednesday, according to various online sources.

“She’s just enjoying this time of her life,” the celebrity mother added. “I don’t think she’ll want a complicated set-up in a relationship, [but] whatever it is that she’ll decide to do, I’ll support her.”

Rumors that KC and Paulo are going out for a date circulated after they were allegedly spotted spending time together in a few occasions.

There are no prior reports about KC and Paulo, but the singer-actress has been linked to Houston Rockets star forward Chandler Parsons, who revealed he had dinner with her the night before the pre-season match between his team and the Indiana Pacers at MOA Arena earlier this month.

On the other hand, Paulo told reporters during the press conference for the movie “Status: It’s Complicated” that he goes out on dates “occasionally,” although he did not mention the megadaughter.

No one can disagree if KC Concepcion and Paulo Avelino are dating as they’re both single. The latter is already separated with actress LJ Reyes, whom he has a son.