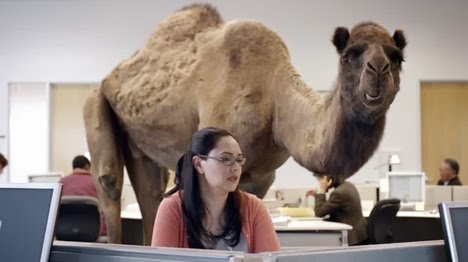 Some find it funny, others say it’s annoying.

The ad, which garnered more than 15 million hits on YouTube as of this posting, features a camel that walks around an office asking employees what day it is. One worker unhappily answered “it’s hump day.”


Of course, the term means it’s Wednesday, the middle of the week. However, students at Vernon Center Middle School in Connecticut are allegedly giving it a double entendre.

Fox News notes “there were unsubstantiated reports that the school district banned the phrase.”

Teachers there are apparently irritated of the “hump day” fad.