By Admin
October 27, 2013DJ Mo Twisterlocalnewstop
DJ Mo Twister has died. The news quickly spread on the internet over the weekend. It turned out though that everything was just a hoax.

That’s right, the controversial radio disc jockey is still alive and funny he is even tweeting about his supposed death.

The report was published by a satire news blog, which says DJ Mo died in a vehicular accident along the “South Superhighway.” The multimedia personality was pronounced dead on arrival, the fake news says, adding that he was “drunk” and “driving naked” before the tragedy.

A photo of DJ Mo with a totally wrecked car in the background was posted by the blog to make the report appear real. 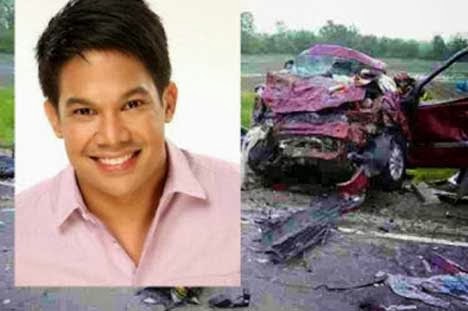 Apparently, the hoax was created to make fun of DJ Mo as a retaliation to his negative remarks against the Philippines’ Miss Universe 2013 candidate Ariella Arida.