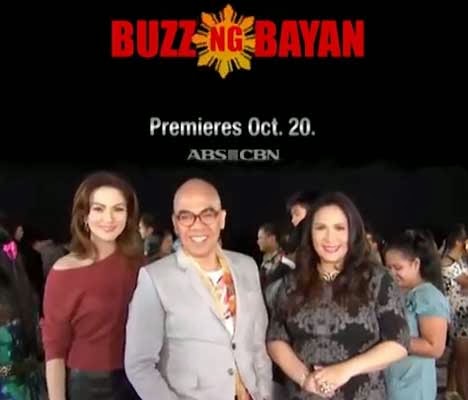 “The Buzz” hosts Toni Gonzaga and Charlene Gonzales already bid the show goodbye over the weekend.

“It was a wonderful journey. It was a privilege and honor to be able to share the stage with two of the greatest artists in the industry, Toni Gonzaga and Boy Abunda,” Charlene said. “Isa rin sa mga reasons kung bakit ko tinanggap ang show na ito is because I want to work with the greats like the both of you. I would say that katulad ng sinabi mo, one of the best gifts that I received from this show was the friendship I have with you Boy and Toni. It was a wonderful ride.”

Toni, on the other hand, thanked her co-hosts and said: “Hindi ako naniniwala sa goodbyes. I believe that goodbyes don’t really mean that it’s the end or tapos na ang lahat. It just simply means na yung pamamaalam namin sa hapon na ito ay I’ll see you again. I will miss all of you.”