By Admin
October 15, 2013BoholearthquakelocalnewsPhivolcstopUSGS
A magnitude 7.2 earthquake struck Bohol, Philippines on Tuesday, October 15. It has also shaken other parts of Visayas and Mindanao.

The Philippine Institute of Volcanology and Seismology (Phivolcs) and the United States Geological Service (USGS) report that the tremor’s epicenter was located two kilometers South of the municipality of Carmen.

Phivolcs says the Bohol earthquake, which occured at 8:12 a.m. and lasted for a minute, was 33 kilometers deep. It was tectonic in origin and considered shallow.

Citing the Office of Civil Defense in Region 7 and AFP, reports said there were at least six casualties. An undetermined number of injured persons were also reported.

The extent of damage to properties have yet to be determined. The identities of the individuals who died as well as the names of those who suffered injuries have not been disclosed by authorities as of this posting. 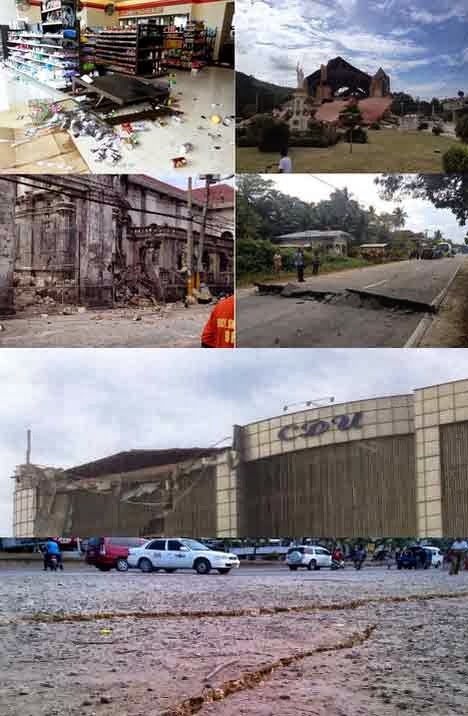 There were reports that a school building in Talisay, Cebu collapsed, and scores of people have been trapped in some buildings. Unverified reports say the Tagbilaran City hall was damaged.