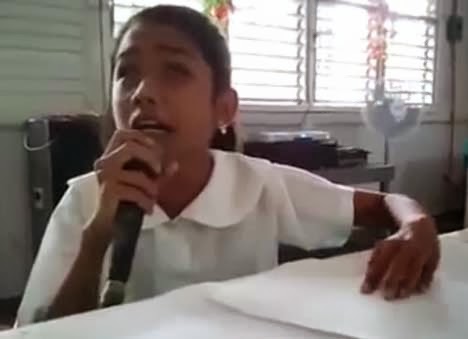 She has been identified only as Joyce, reported to be a grade five student and resident of a village in Governor Generoso, Davao Oriental called Luzon.

While listening to the accompaniment, the blind girl was braille-reading the song’s lyrics, something that truly amazed not only Filipino netizens but people from other parts of the world.

Some called the attention of famous US television host Ellen DeGeneres, who is well known for inviting Filipino YouTube sensations to guest on her show.

While majority said Miley should watch it, a few joked they’re glad the blind girl will never know the pop star performed “Wrecking Ball” naked in her music video.