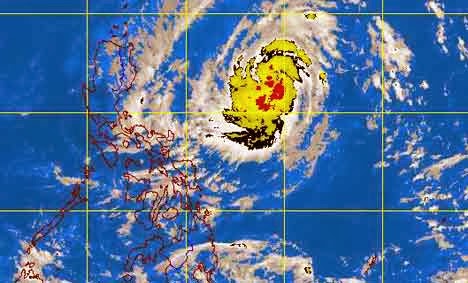 At 5pm on Wednesday, October 30, 2013, the eye of Tropical Storm Vinta was spotted at 645 kilometers East of Tuguegarao City with maximum sustained winds of 85 kilometers per hour near the center and gustiness of up to 100 kph. It is forecast to move West Northwest at 23 kph.

The areas having public storm warning, according to PAGASA, are the following:

The bureau alerted residents in areas under the public storm warning signals against possible flashfloods and landslides. Those in coastal areas signal #2 are alerted against possible storm surges.

Sea travel is risky over the northern and eastern seaboards of Luzon, PAGASA added.