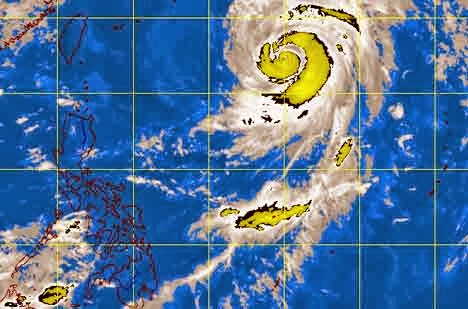 At 4pm Monday, October 14, the eye of Typhoon Tino was spotted at 1,190 kilometers Northeast of Basco, Batanes with maximum sustained winds of 160 kilometers per hour and gustiness of up to 190 kph. It is forecast to move North Northwest at 20 kph.

No public storm warning signal has been raised so far.

Weather forecasters said the estimated rainfall amount is from 7.5 to 15 millimeters per hour (heavy to intense) within the 1,000-km diameter of the Typhoon.

Bagyong Tino is not expected to affect any part of the country.