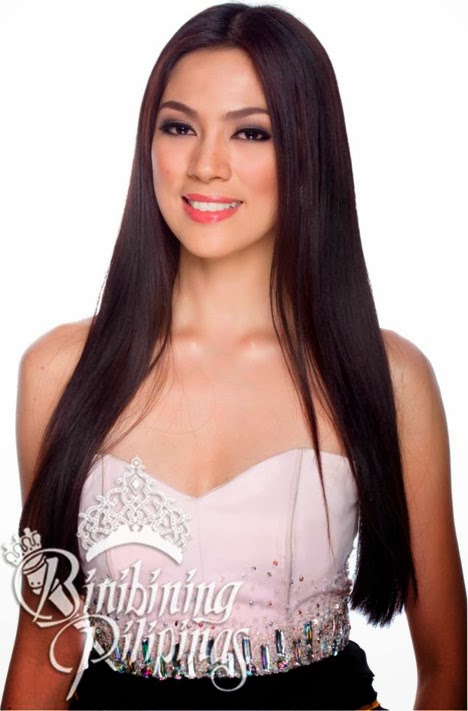 In an interview on ANC’s “Headstart” hosted by veteran broadcast journalist Karen Davila, the beauty queen said her ears are “bigger than usual” so she has to use glue to partly conceal it.

Arida’s confession about the size of her ears only signifies who she really is - an honest woman.

Besides being gorgeous and beautiful, she’s also truthful, confident, and is really unstoppable when it comes to expressing herself despite some imperfections, which include her pronunciation.

Many noticed that the sporty Filipina beauty, a chemist by profession, seems to have a little bit of a problem with the way she pronounces words. Sometimes her F becomes a P and her V becomes a B, but she doesn’t lack communication skills and that’s what is important.

Arida said she refused to heed to calls for her to use an interpreter during the question and answer portion, which oftentimes makes or breaks a hopeful, because in beauty pageants, she said speaking English well can be a factor, but what matters most is how the contestant can get the message across and raise awareness on a certain issue.

As the interview was about to conclude, Arida received an advise from the show’s host.

“You’re doing something good for the country, don’t ever let anyone bother you,” Davila said, pertaining to people hurling criticisms and negative comments against the beauty titlist.

Arida is scheduled to leave Monday afternoon for Moscow, Russia. The Miss Universe 2013 pageant will be held on November 9.