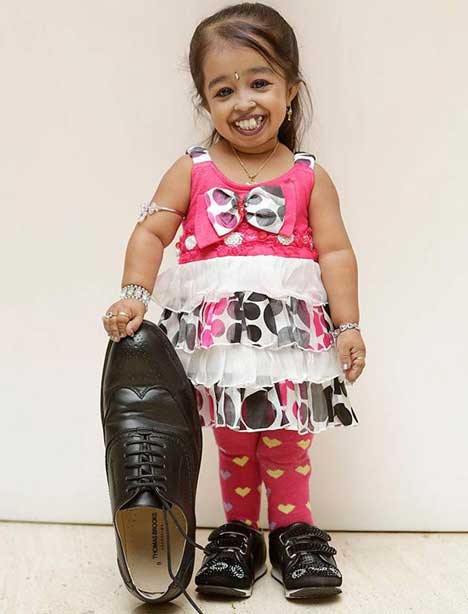 India TV News reports the 19-year-old Bollywood actress went to the Empire State Building and Statue of Liberty during her promotional tour.

“The Guinness Book of World Records has given me the opportunity to travel the world and I’ve become very popular and very famous,” Amge reportedly said in Hindi.

Amge, only measuring two feet and a half-inch tall, appeared in two Bollywood films. In an interview, the toddler-looking young lady from Nagpur, India revealed she will try her luck in California.

“I want to enter into the world of Hollywood, that is now my target. My goal right now...I’m studying in the 12th grade, I’m studying arts so whenever I have free time when I have my exams I do study a lot and I want to excel in everything,” the world's shortest woman reportedly said.