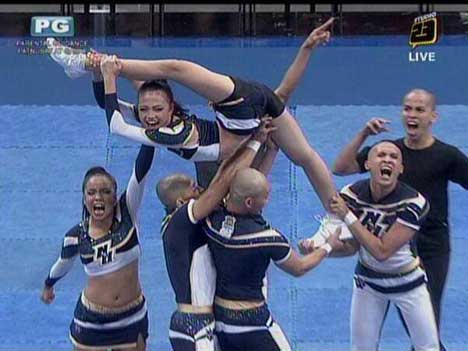 The NU Pep Squad dethroned last year’s champ, the UP Pep Squad, with a near perfect ‘magical’ performance. The energy level and determination to win were at the peak for NU as they were able to execute even the most difficult stunts.