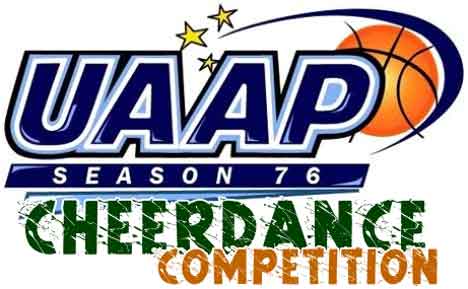 The reigning champion is the University of the Philippines Pep Squad, who won 8 titles so far, but other teams would surely aim to dethrone them this year.

The sequence of performances on Sunday have been drawn. According to a Facebook post by ABS-CBN Sports, the order will be as follows:
The UAAP Cheerdance Competition 2013 will telecast live at 1:30 pm on Studio 23 and cable channel BALLS HD 167.

The uaapsports.tv website is expected to provide the live streaming video feed this weekend.