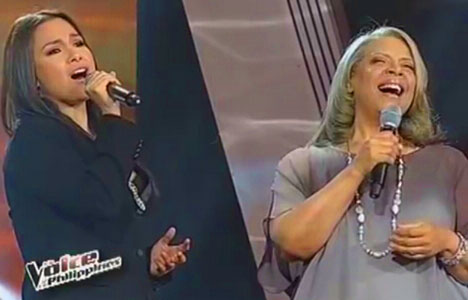 The two singing veterans had an intermission number together with eight non-competing artists during the September 8 live show of the singing competition.

Patti and Lea, who shared the stage in a series of concerts in the U.S. three years ago, had a duet of the all-time favorite, “In My Life.” Here’s the video:


Filipino netizens admitted they felt goosebumps while the worldclass performers were singing.

The hashtag #LeaPattiHeartAndSoulOnTheVoicePH immediately became one of the trending topics worldwide and nationwide on Twitter.

Patti is in the country for a series of shows. The “If I Believe” hitmaker graced the Kapamilya talent search a day after her successful concert in Manila last Saturday, September 7, and prior to her performance in Davao on Monday, September 9.

During her guesting, Patti left the Filipino singers some words to ponder.

“Make your audience believe what you’re singing about,” Patti said. “If you hit the note from your heart, that’s always the perfect way.”