NU used to be an underdog. In 2012, they only placed third in the Samsung Group Stunts and 2nd runner-up in the competition proper. UP Pep Squad had a better showing last year but on Sunday, NU dethroned the previous champ with 696.5 total points.

Viewers and netizens said that among the eight participating teams, the Bulldogs cheering team performed the cleanest routine and appeared to be the most prepared and confident. 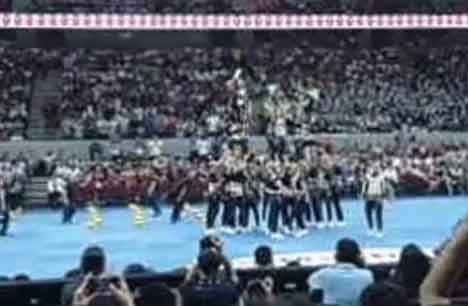