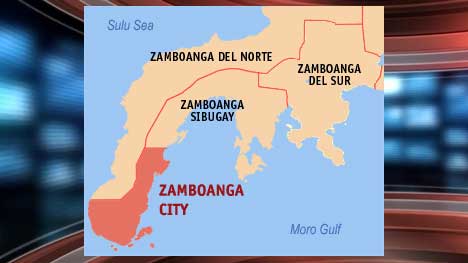 Rappler.com reports on September 12 that at least 70 moro rebels from the Misuari faction had turned themselves to “police troops” around 8 pm in Barangay Sta. Barbara, Zamboanga City.

The surrenderees were reportedly led by a certain Commander George Ismael, said to be the father in-law of former Lantawan mayor Tahira Ismael.

An “undetermined number of hostages” including a priest “are also in police custody,” the report said.

Neither Malacañang nor the Armed Forces of the Philippines (AFP) confirmed the news as of posting time. Government is expected to release an official statement about the surrender after DILG secretary Mar Roxas’ reported meeting with PNP and city officials.

Here’s the series of tweets from Zambo LGU:

Surrender of 80 rebels and the release of hostaged priest not yet confirmed. Called ZCPO Head, he doesnt have a report yet on this matter.

Report came from Rappler. We are still verifying as of this time. We will post update soon.

The report remains unconfirmed as of this time. We will post other developments as they come. For your information and guidance.