By Admin
September 10, 2013EntertainmentglobalMiley Cyrusmusic videotopViral VideoWrecking Ball
After twerking at the recent MTV VMAs, Miley Cyrus continues to draw controversy. This time, she gets naked in the video for “Wrecking Ball.” 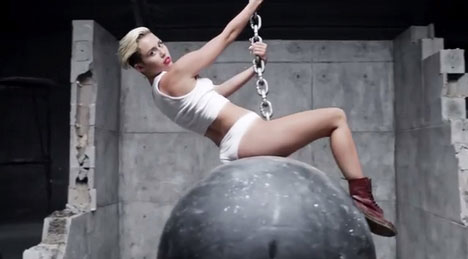 Miley hangs from a ball sans any clothing, as if she’s a newborn. A scene in the video also shows the former “Hannah Montana” cutie licking a sledgehammer.

Check out the viral video, which garnered over 13 million hits on YouTube as of this posting, and see for yourself to find out why it’s very controversial.


“Wrecking Ball” is the second single from her new album titled “Bangerz,” which is set for an October 8 release.