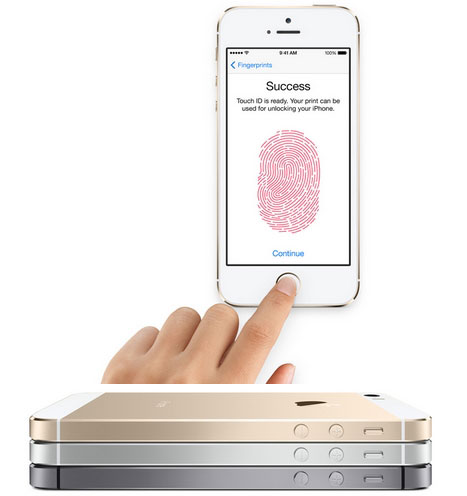 The iPhone 5s boasts the Touch ID (a ﬁngerprint identity sensor) to replace passwords, a 64-bit A7 chip (claimed as the first in the world), a much improved iSight camera, iOS 7 mobile operating software, a dual LED flash, and ultrafast LTE internet capability.

Made from “laser-cut sapphire crystal,” Apple says the surface of the redesigned Home button “directs the image of your finger to a capacitive touch sensor, which reads beneath the outer layers of your skin to get a detailed print.”

“Surrounding the button is a stainless steel ring that detects your finger, wakes the sensor, and improves the signal-to-noise ratio. Software then reads the ridges of your print and finds the match to unlock your phone,” says the tech giant.

Precisely designed for a perfect fit, the iPhone 5s case is made of premium leather with microfiber lining inside.


Now we go to the iPhone 5c. This version is cheaper and apparently targetted for release in developing countries and markets where high-end mobile phones are not that popular. 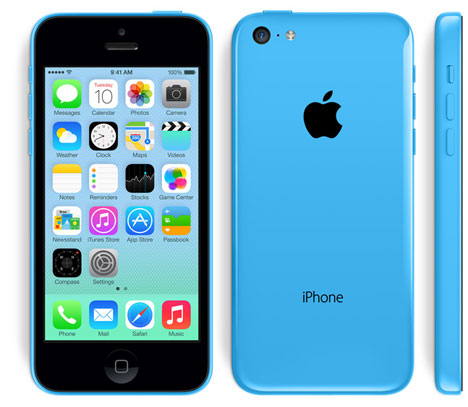 The iPhone 5c is available in five basic colors—White, Pink, Yellow, Blue, and Green—but there are other colored cases including black, which can be purchased separately. It has a smooth plastic case and a steel-reinforced frame.

Powered by an A6 processor, the iPhone 5c has longer battery life. It also runs on iOS 7 so expect new features.