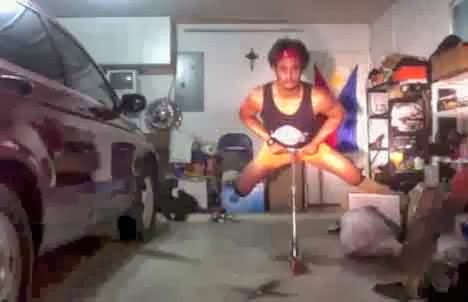 The selfie video, which garnered almost a million hits as of this posting, is actually the latest of a series of videos Gab has been uploading under the “Super Selfie” tag since August this year.

The viral videos show Gab dressed in several outfits of certain personalities and superheroes, including Batman and the late Michael Jackson, dancing to the tune of various hits from the 80s and 90s as well as the latest ones.

Some international websites featured Gab’s videos and local mainstream media have started to pick the story up.

Will this be the begining of his international stardom?