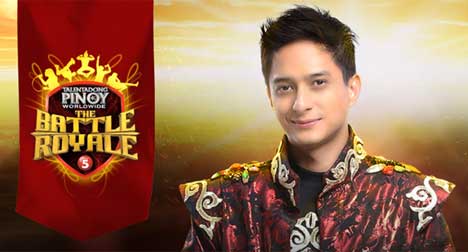 “The decision of management to cancel our show sucks,” said Ryan, who reportedly turned emotional at the press presentation for the grand finalists held Monday, August 12.

“I don’t agree with it. Pero wala akong magagawa,” he explained, according to Yahoo! OMG Philippines. “This is the end of an era. We have proven that little people can slay giants.”

The show will air its finale episode on Sunday, August 18, in time for the “Talentadong Pinoy Battle Royale” at the Cuneta Astrodome where 7 finalists: Sor Apao, Laserman, Rina Forbes, Larvae, Spyro Marco, Nocturnal and Haina Udin will vie for the P1 Million grand prize, a house and lot, and the 4th “Ultimate Talentadong Pinoy” title, the report said.

After Sunday, Ryan reportedly said he will “go back to the drawing board.” The TV host-actor revealed that a sitcom, which is co-produced by APT Entertainment owner Tony Tuviera, is “in the works.”