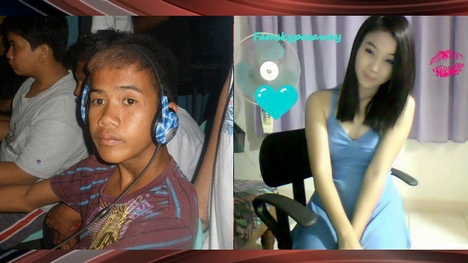 The famous pair saw each other for the first time when GMA’s docu-educational and lifestyle public affairs program “Kapuso Mo, Jessica Soho” featured Totoy Brown in its August 25 episode.

The show’s staff fetched Totoy Brown, whose real name is Ric Delos Santos, from Nueva Ecija and brought the young man to Neneng’s place. The two were given the opportunity to talk and know each other personally.

The show also paved the way for Totoy to meet his ultimate crush, sexy model and actress Sam Pinto.

It was revealed on KMJS that Totoy’s photo was taken when he was still 12 years old. He was playing DOTA when a friend took the picture and uploaded it on Facebook.

Totoy Brown said he didn’t expect he would become an internet sensation, but admitted that he gets hurt when the jokes about him are too much. However, the high school grad said he is happy that people are entertained with the memes created using his viral photo.