By Admin
August 20, 2013Entertainmentfacebookinternet memelocalThe ConjuRAINThe Conjuringtoptrending topictwitterViral Photo
A photoshopped image titled “The ConjuRAIN” has gone viral online since Monday. It reflects a trait most Filipinos are known for — humor.

Tropical storm Maring joined forces with the Southwest Monsoon to bring heavy to torrential rains that caused massive flooding in several parts of Metro Manila and nearby provinces.

Some netizens found ways to take challenging times lightly, among them the viral “The ConjuRAIN” meme, which shows how pinoys cope with disasters positively. 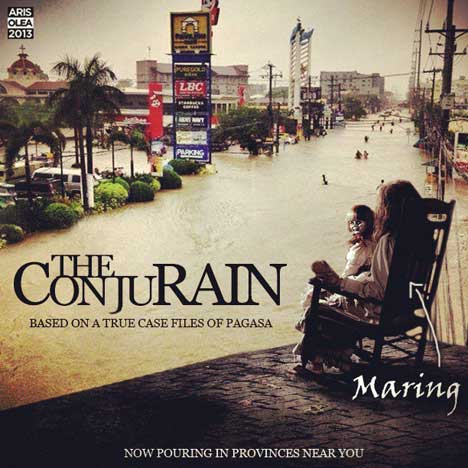 The image has been shared thousands of times on social networking sites, but only a few knows where it originated. The first upload has taken place on this Facebook page.

Of course, moviegoers do know where the title was derived from — the James Wan-helmed film “The Conjuring,” shown in theaters last July.

Although “The ConjuRAIN” got everyone’s attention, nothing beats this one from last year’s Habagat flood. 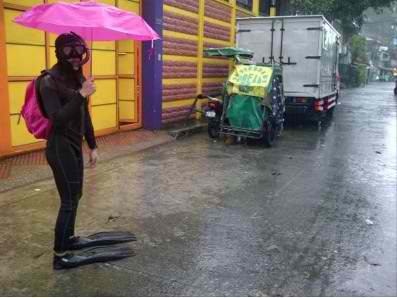