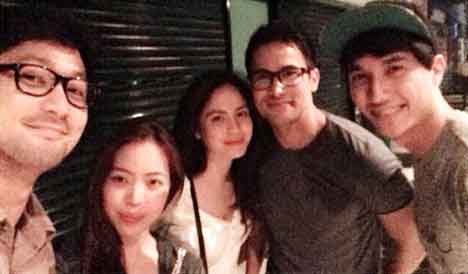 In a recent interview aired on ABS-CBN’s showbiz-oriented talk show “The Buzz” on Sunday, August 25, the singer-actor revealed they’re in a state of getting to know each other.

The hunk actor made the revelation during the thanksgiving party for the hit series “Huwag Ka Lang Mawawala,” which ended last Friday. He reportedly said the woman who makes him smile these days is Jessy.

In a message sent to the show, the actress confirmed what her suitor said.

Talks about Sam and Jessy’s budding romance started to surface online last week. Some netizens have even initiated the “SamJess Society,” a fan group for the new loveteam, on the popular forum site Pinoy Exchange.

Sam and Jessy have already teamed up and co-starred in a pre-valentine episode of the drama anthology series “Maalaala Mo Kaya” last year, in which they portrayed the roles of Nono and Joie, bestfriends who eventually became lovers.