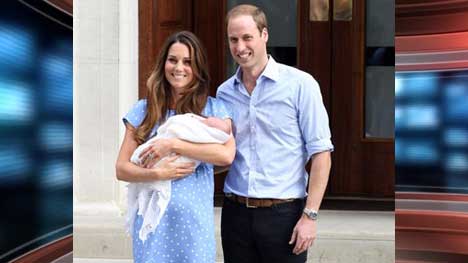 Various reports said the duke and duchess of Cambridge are planning to make family photos with the royal baby, taken by family members instead of the usual formal portraits done by a professional photographer, available online within the month.

“One of the options they are looking at is releasing a couple of family photos they have taken themselves," a royal aide recently told the Daily Mirror. “Kate has a great eye for pictures and wants the first official ones of George to be natural and in a relaxed environment.”

According to reports, Kate will personally choose which photos she and sister Pippa as well as her parents Carole and Michael Middleton took will be available for the public eye.

On social networking sites, netizens expressed excitement over the highly-anticipated release of the royal baby photos.