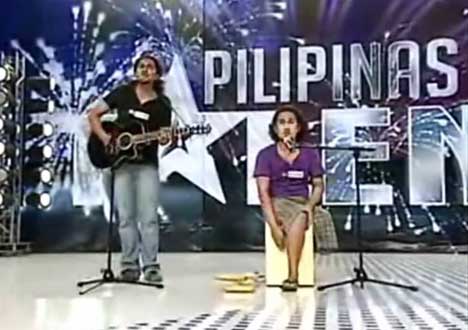 According to ABS-CBN News, hundreds of fans in Davao del Sur gathered to pay their last respects. The duo brought pride to their hometown, the municipality of Bansalan.

The family reportedly said Kurt died beside his brother, Jefferson, at the hospital.

In an interview during the PGT audition in Mindanao, the singer said he first knew that he had stage-4 bone cancer in 2006.

At 19, his left leg underwent below-the-knee amputation. The deadly disease affected his liver and lungs. In one instance, the doctor told him that his was a hopeless case and have only a month to live, but he miraculously survived and lived for 7 more years.

During the PGT 3 grand finals, the Bringas Brothers competed with the Maasinhon Trio and Khalil Ramos, who placed first and second, respectively. Their true-to-life story was also dramatized in “Maalaala Mo Kaya” in 2012.

Here’s a video of one of the duo’s performances in the talent search: