By Admin
August 15, 2013billsdollarglobalmashingnewsprinting errortopvideo
Thirty million worth of new $100 bills could go to waste due to a printing error. ABC News reports about the ruined hundred-dollar notes in this video. 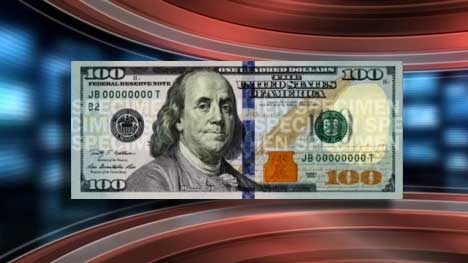 Darlene Anderson, a spokesperson for the Bureau of Engraving and Printing, confirmed to the New Yorker’s David Wolman that “mashing,” a printing error which occurs when too much ink is applied to the paper, caused the damage.

Although she said the incident is unusual, it may once again delay the long overdue release of the new $100 bills.

According to a Business Insider report via Yahoo! Finance, it’s been two years that the greenback was kept out of circulation.

In 2011, the report said a massive printing mistake caused some notes to be printed with a blank spot.

Back in July this year, BEP director Larry Felix in a memo to employees reportedly noted that a batch of cash from the Washington, D.C. facility was found to contain “clearly unacceptable” bills “intermixed with passable ones.”

The bureau, reports said, has to meet an October 8 deadline to have the new $100 bills printed correctly.