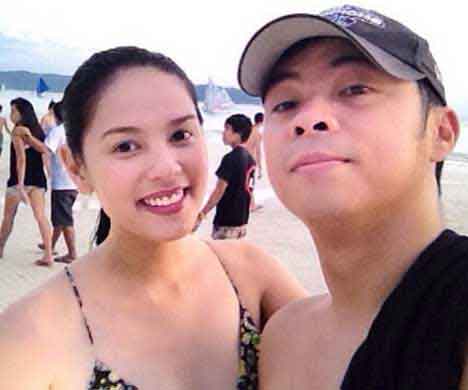 A report aired on ABS-CBN’s showbiz talkshow “The Buzz” on Sunday, August 18, 2013, said Neri released an official statement that contains an explanation on how she felt when her sex video spread online.

Part of it reportedly said the actress locked herself inside the room for a couple of weeks and even wanted to just “disappear” right after the scandal video circulated in the internet.

For the first time, Neri broke her silence on the much publicized controversy. She sent an official statement to the Philippine Daily Inquirer.

“I am not yet ok, but I am getting there,” the actress told the publication.

“As soon as I found out that our video went viral, I sent a message to my family agad and for two weeks, nagkulong lang ako sa room ko and just wanted to disappear. I didn’t want to see or talk or hear from anyone,” she explained.

Neri reportedly said they were very thankful and that she wanted to hug everyone who helped and supported them.

The scandalous video reportedly leaked sometime before August 3, 2013, when the lead vocalist in an Instagram post apologized to his and Neri’s families for the “unfortunate incident.”

No official statement from the actress was released at height of the controversy, but there were speculations that the video was leaked to catch public attention for Neri’s rumored showbiz comeback.

On August 5, it was reported that the singer’s handlers talked to lawyers on the couple’s plan to sue those who are responsible for leaking and circulating the sex video.

After a few days, Neri’s boyfriend went to the National Bureau of Investigation (NBI) to submit his affidavit for the formal filing of charges.

In between those days, a person claiming to be Chito Miranda’s son posted a lengthy Facebook status message taking the blame for leaking the scandalous video.