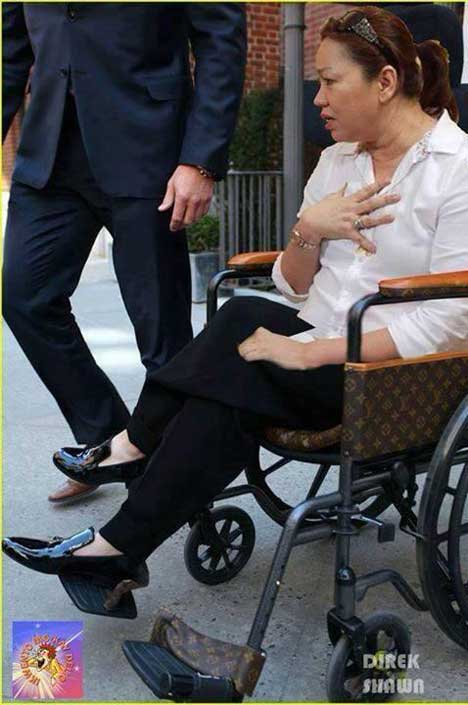 People online have mixed reactions. Some poked fun on the alleged “pork barrel scam” mastermind while others slammed her.

Here are some netizens’ take on the viral photo:

Another mentioned ex-president Gloria Arroyo and impeached chief justice Renato Corona, whose own wheelchair photos made its way online in the past.

Meanwhile, a related news...there were reports that the airconditioner at Napoles’ detention room within the vicinity of the Makati City Jail has been turned off and she’s now using an electric fan.

Napoles will not be staying there for long anyway.

Napoles’ petition was granted by Judge Elmo Alameda, the same magistrate who ordered her arrest last August 14 for charges of serious illegal detention.