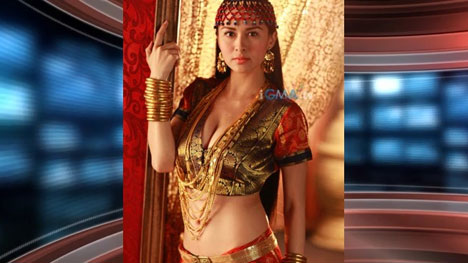 “Naturally, she is hated by the people, cause of her irksome attitude or approach, feisty yet annoyed. Many people are in the state of bewildered why she is a queen of primetime,” says the top comment on TheTopTens.com. “A disputable and quarrelsome argument.”

“Her smile is fake. She does charities for the cameras, and not really as a genuine concern. She gets into trouble most of the time for the little things that irritate her, bringing out her foul-mouthed tirades,” states the criticism with the second most number of thumbs up.

“Her flirt-acts and garbage-like manners plus scandals made her name wild. She is so devil. Someone that has a foul characters that anyone would really hate her. She is a Tupperware symbol,” reads the third most popular remark.

The ranking is based on online votes. While it’s obvious that Marian has many haters, there’s no option for her fans to take her out of the list which is, according to some netizens, “unscientific” and “bogus.”

The rest of the world’s “Top Ten Most Hated People,” as ranked by the site:

Update: As of 7pm of August 25, Marian topped the list, garnering 17% of the total votes.

The Kapuso star seems unaffected. In a reply to an Instagram user’s post seeking Marian’s reaction on her inclusion in the list, the actress just said “then let it be.”